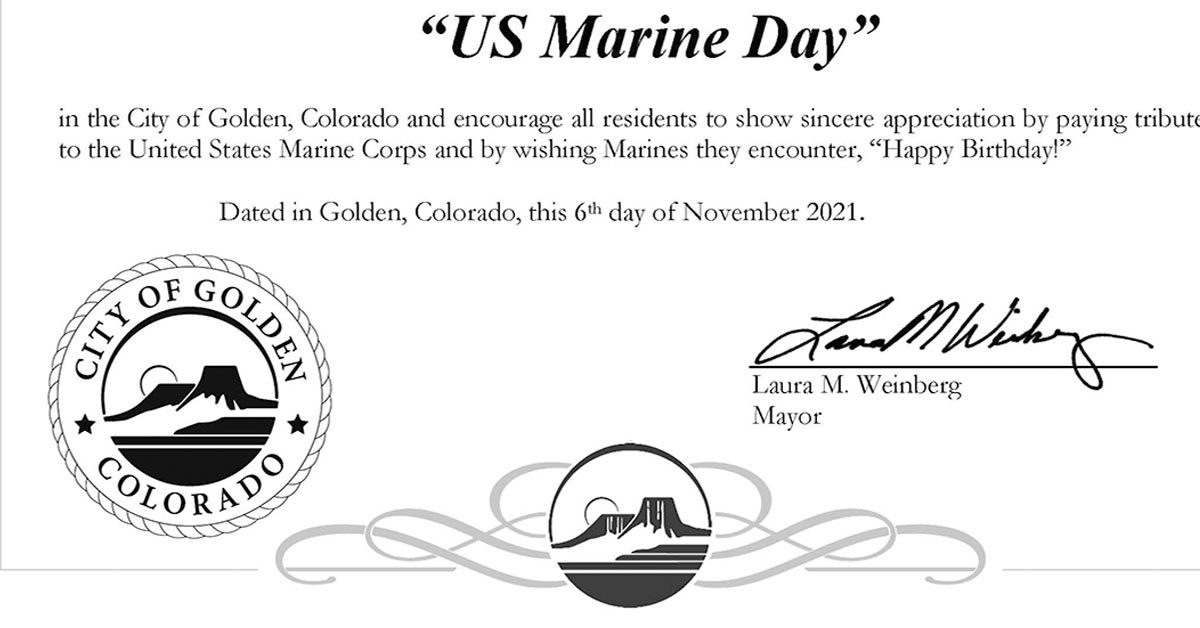 The following text is from the proclamation as written and signed by Mayor Laura M. Weinberg, of Golden Colorado:

WHEREAS, on November 10, 1775, a Corps of Marines was created by resolution of the Continental Congress and has endured 246 years; and

WHEREAS, a special breed of American multitudes have borne the name “Marine” protecting this great nation on land, on sea and in the air [during battles, in humanitarian disaster relief, in counter piracy, theater security cooperation, special operations, counter insurgency, and other operations] acquitting themselves with the greatest distinction faithfully signifying all that is highest in military efficiency and soldierly virtue; and

WHEREAS, Marines serve with an Esprit de Corps that few outside their ranks fully understand and fewer still even know exists; and

WHEREAS, Marines hold to an array of significant, highly respected traditions – none more than that across the globe, regardless of their circumstances, every Marine on November 10th gathers with other Marines to celebrate the birth of their Corps with a formal, widely known ceremony, or with a cake if possible and with the singing of the Marine Corps Hymn; and

WHEREAS, the City of Golden is home to the US Marine Corps Memorial since 1977 and has benefited from the traffic it has brought to our city; and since the city’s inception we have benefited from Marines’ service continually; and

WHEREAS, the city extends our gratitude to all Marines – past and present – and especially to their families and loved ones who continue to sacrifice for our liberty and freedoms.

NOW, THEREFORE, I, Laura Weinberg, as Mayor of the City of Golden, do hereby proclaim November 10, 2021, as “US Marine Day” in the City of Golden, Colorado and encourage all residents to show sincere appreciation by paying tribute to the United States Marine Corps and by wishing Marines they encounter, “Happy Birthday!” 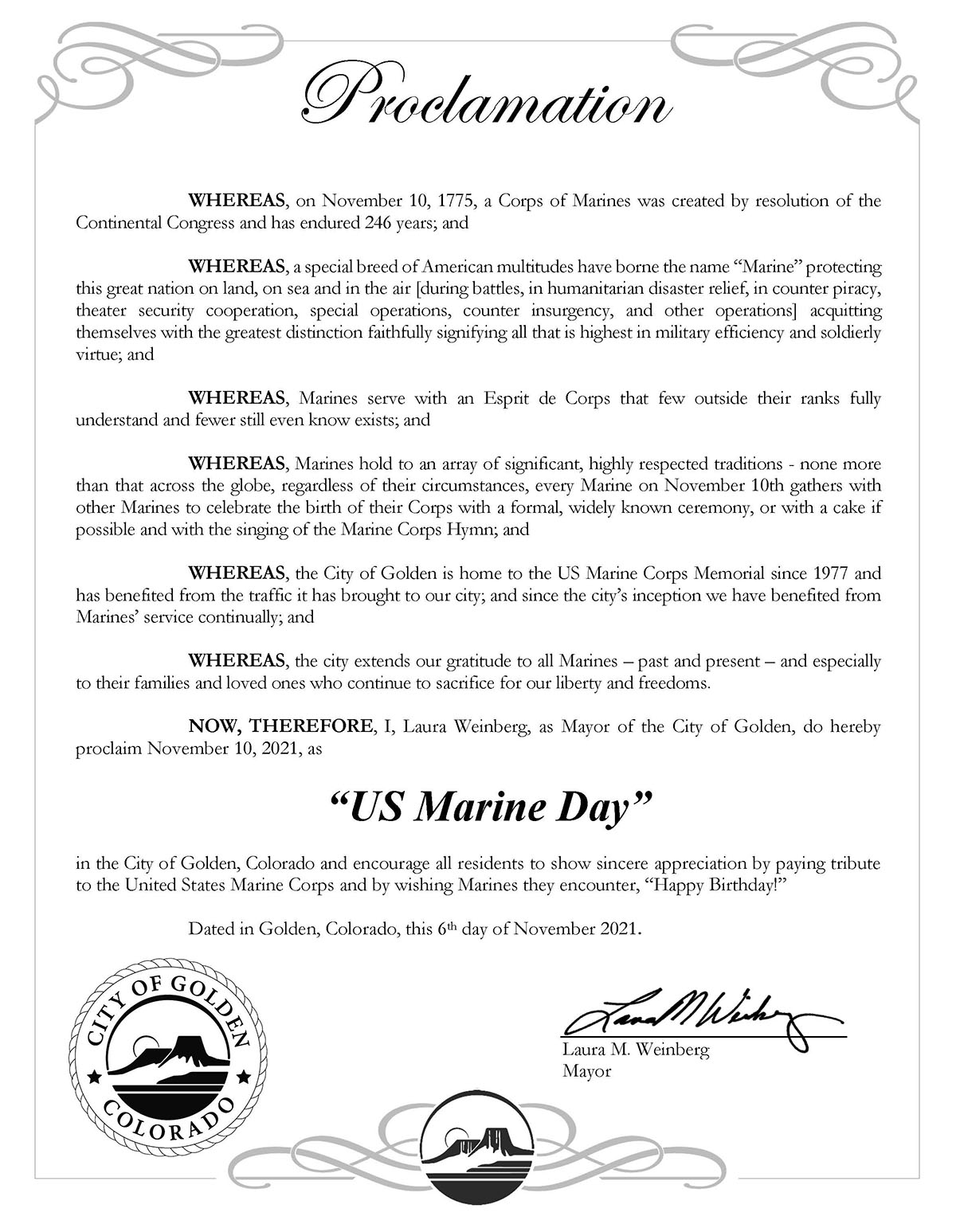